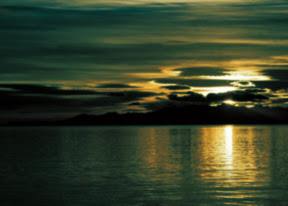 This should be our last day so I asked my sailing pals to write about their impressions of our adventure and Antarctica.

Steve: you ain't there till you get there. "Almost "doesn't count except for hand grenades and horse shoes. Antarctica is awesome. Too bad it takes so long to get there and back."

Yva: John and I woke up this morning to very loud banging noises on our main deck, sounding as if someone was throwing heavy furniture around. The engine had stopped (defunct again?) and the boat was leaning heavily to and fro, like a drunken bee walking in heavy syrup. I threw on some clothes and scrambled up the steps to investigate the new turn of events. We were drifting with our sails up, pushed around by a strong NE wind and trying not to lose too much ground, as Jerome put it. Later we got a new weather report, and learned that the wind will eventually slacken and turn around to help us, but until then we will rock and sway, which is perfectly fine. Swaying, bobbing and tossing must be good for brains and other organs. 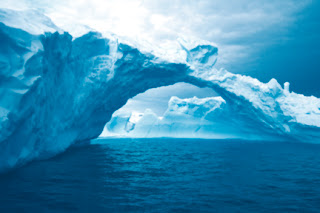 My brain says that Antarctica is about light, and whiteness, and blueness, and remoteness so crystalline that all else seems smudged and grey and crowded in comparison. My heart says I want to come back here and spend more time floating in the shimmering glow of the sea, the ice and the sky. My stomach says: where is some food?

Diana: When sights are more stunning than anything you've ever seen; when the vastness of silver blue ice water and towering peaks is too much to absorb…then consciousness becomes a breathing out and breathing in ….and nothing more. I don't see how my life cannot be different than before this experience of visiting another world where previous points of reference are useless. To have been able to be here and share this adventure with eight other souls is surely a great blessing! Jerome (our famous, fabulous captain):
« Write for the Blog ! » asks Shelley. Well, a few weeks ago I did not know what a Blog was; now I still don't know very much about it, does it look like a Frog, does it bite, does it smell like a Bog? But I know we can send words in it and say pretty much what we want.

So I will talk about our Six North Americans coming from Alaska to Florida who stay aboard the fierce vessel "Golden Fleece" for five weeks. I have to report that they behave very well, not asking for Coca Cola or Big Mac and quite ready to eat good French food like frog legs and snails.

I also have to say that they were busy taking photographs, kayaking, landing, watching, laughing, sleeping and puking; something we call a good company! And being outdoors people they were very much aware about wildlife; discovering Penguins and Albatross and not looking for Polar bears or walrus in the Antarctic. I will be sad to see them go. - Captain Frog Blog 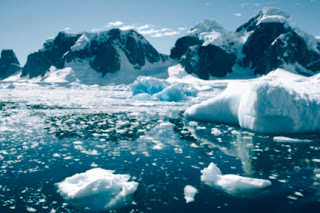 Russ G: Wow – what a journey ! When you see so much ice you figure the world will never run out of water – but not so ! We waste so much of it in our everyday lives – those of us in the developed world I mean.
So stop it – and start to conserve/recycle it now.

Humbled by the size and vastness of the area – and I only saw maybe 1/20th of it. The wildlife was fascinating and unique and can be found no where else on earth. The world needs to take care of this place and not screw it up like we as people of this planet do to so many other places. 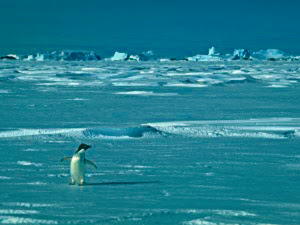 Only nine people on this small boat – and cramped as it was – we are still talking to each other and interacting – because we have to. People have to bend, sway, and adapt to conditions that are presented to them.

My hat's off to Jerome, Leiv, and Kathee for taking care of us and delivering us safely back to Pt Stanley. What with all the engine problems and all – a trip never to be forgotten !!