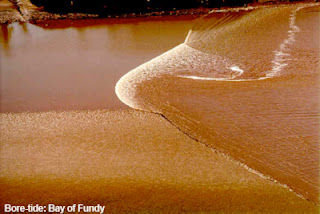 Gray and cloudy expecting a swell

Let's do a few corrections. One of my main sources on this love boat is Jerome. Since I only understand about 3/4 of what he says, occasionally I get it wrong. And if for no other reason than my memory short circuits I have trusty friends who are wicked quick to inform me of my inaccuracies.

Leiv did not paddle around Cape Horn. His kayak did. On further investigation of the matter I ascertained that his dad bought it from some paddlers who had just rounded the Horn. (Which Jerome says is nothing-any feeble American could do it.) Kachemack Bay does not have Bore tides-they are in Turnagain Arm, the Amazon, the Bay of Fundy and I am sure if my source is not complete Richard will inform him post haste.

We had squid for dinner last night. The Falkland Islands have the best in the world and Katee knows how to cook it. We had dinner on the deck and watched an amazing sunset that lasts until 11 and drank a toast of champagne to Norman. 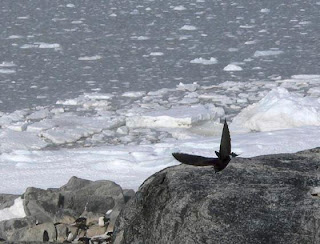 Every speck of snow was gold and tiny black birds with white wing tips danced on the mirror surface of the water. They are Wilson Storm Petrels. But you would be correct if you just called them Petrels-capital P. They were the first identified and named: Petrel for St. Peter because they walk on water.